Terror has come to this small town.  A sinister killer is on the loose.  A serial killer who feeds off of young women’s fear…and leaves a most unusual calling card.  Police Chief Nathan Sommers is on the hunt, but every road leads to a dead end.
Nathan is battling his own personal demons as he tries to cope with the death of his wife.  He feels her dying was a direct result of his actions and is consumed by guilt.

His personal life becomes more complicated when he meets Katie, the pretty new owner of the bakery.  Nathan slowly builds a relationship with her, but still struggles with Jenny’s death.

As he draws nearer to the killer, everything in his life suddenly comes undone.  He is forced to deal with his feelings for Katie and his love for his dead wife. 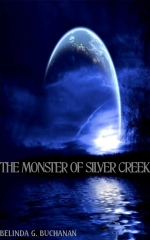 dreamer of dreams, teller of tales

manuelaiordache
Live while you're alive😊

Life is the most beautiful journey that we all have in common so enjoy it....it's worth living😊