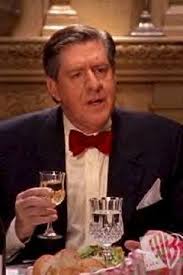 Last week, the television and movie industry lost one of their greatest assets. Moviegoers and fans lost their friend. Edward Herrmann passed away New Years Eve at the tender age of 71 after a battle with brain cancer.

Generally described by those who knew him, Mr. Herrmann was kind, considerate, and scholarly. I cannot attest to any of those things as I did not know him personally, but I do know the way he made me feel when I watched him on the screen.  Mr. Herrmann brought an undeniable magnetism and charm to his roles, whether he was playing a villain (like the evil Max in Lost Boys) or the stern, but empathetic grandfather, Richard Gilmore, in Gilmore Girls, or a morally conflicted father in the movie The Face on the Milk Carton.

The first time I ever saw him on screen, I was twelve. My mom had taken my sister and I to see The North Avenue Irregulars. I was immediately smitten and touched by Mr. Herrmann’s performance as a widowed pastor with two young children.  Since that day, I have been a fan (and quiet stalker) of his work.

His role in Gilmore Girls solidified him as a household name and his turns in films and television such as Father McCabe in St. Elsewhere (remember him talking to a young Dr. Donald Westphall while indisposed in the restroom?), Graham Sherbourne in Big Business, Harrison Beecher in Oz, and Lionel Deerfield in The Good Wife showed just how prolific and talented he was.

During his career, he made too many films and movies to name, but there are two to me that particularly stand out. The first one was a made for TV movie called Sweet Poison. He plays a hapless man on the way to a funeral with his wife who gets taken hostage by a convict on the run.  Although, he usually comes across as intimidating, Mr. Herrmann brought an intense vulnerability to this role.  His expression as he is tied up while the convict has his way with his wife is forever burned in my memory.  But all is not as it would seem, and as the plot unfolds, so does his relationship with his wife. If you haven’t seen this movie, I strongly recommend that you do.

The second most favorite movie I saw him in was Overboard.  He played the arrogant and narcissistic husband of Goldie Hawn to perfection. To quote him in the film, “I’m so virile, I’m so great!”…and he was.

He will be greatly missed, and Hollywood is a little darker because of it.

What are some of your favorite Edward Herrmann movies? 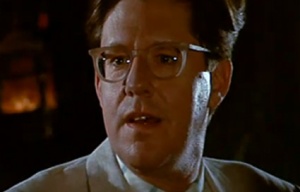 Belinda G. Buchanan is a writer of Women’s Fiction & Mystery Romance. Her books include, After All Is Said And Done: a Novel of Infidelity, Healing, & Forgiveness, Seasons of Darkness, and The Monster of Silver Creek. Married for twenty-five years to her soulmate, she is the mother of two sons, (one who loves her unconditionally, and one who loves her only when not in public), and a menagerie of animals.

Pain goes in, love comes out.

When you are young , your thoughts are younger.

because anything is possible with Charisma

Live life in a livable environment.