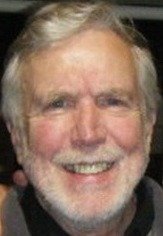 I’d to extend a big thank you to Larry Crane for inviting me to be a part of the Writing Process Blog Hop.  Transplanted to Maine mid-westerner Larry Crane brings an Illinois sensibility to his writing. Larry graduated from West Point, served nearly seven years in the Army as an Infantryman in Germany and Vietnam. He commuted to Wall Street for nearly 20 years. His writing includes articles for outdoor magazines, plays, short and long fiction. His most recent thriller novel, A Bridge to Treachery, and Baghdad on the Wabash and Other Plays and Stories, a collection of short plays and stories, are listed for sale on Amazon. In his spare time, Crane is president and hobbyist videographer for his local Public Access Television Station and is a volunteer at his local historical society. Larry and wife Jan live on the coast of Maine.

Now it’s my turn to give you a little insight about my writing process and why I do what I do: 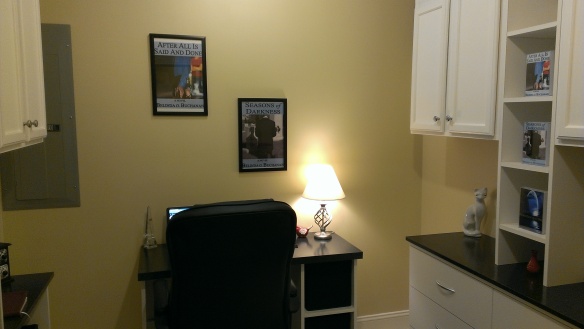 What am I working on?  –   I am currently in the middle of writing the sequel to The Monster of Silver Creek.  It is tentatively titled, Penance – and for good reason.  Guilt is a powerful thing, and Deputy Jack Collins is mired in it as he adjusts to fatherhood along with his new job as Chief of Police.  It isn’t long before a body of a young girl is discovered, having the same puncture marks on her as the serial killer’s previous victims.  Jack must determine if this is a copycat crime, or if the killer had an accomplice that has managed to slip by unnoticed.

How does my work differ from others of its genre?  –  In my novels, I take social issues such as alcoholism, abuse, and mental illness and give them to my characters.  This brings about a certain vulnerability to them, making them human.  Just as in real life, there are no easy answers to these problems, and they can’t be magically fixed by a few simple words.  These are issues that impact you long after they are over, defining who you are not only as a person, but as a member of society.

In my latest book, Seasons of Darkness, Everett Harrington is a father struggling to raise his family after the tragic suicide of his wife, Natalia.  Left alone with a son he can’t talk to, he chooses to spend his evenings drowning his sorrows in a bottle of scotch.  Sixteen-year-old Ethan, still ravaged by his mother’s death, turns to what he has seen his father take comfort in time and time again.  As they try to move on, Natalia’s struggle with mental illness is tenderly told through their eyes in vivid flashbacks that weaves throughout the story.

I am a firm believer in portraying my characters as close to real life as possible, warts and all.  In the real world, there’s no such thing as a white knight, and if you look closely at my heroes, you’ll find that their armor is tarnished.

Why do I write what I do?  –   Let me give you a visual demonstration:  If I’m flipping through the channels on TV and see that my choices are “No Down Payment” starring Tony Randall or “Send Me No Flowers” also with Tony Randall, I’m going to choose the first one.  Why?  Because in No Down Payment, Randall plays an alcoholic car salesman, trying to hang on to his marriage as he slowly destroys himself.  It’s drama, it’s real, it’s raw, it’s emotional ­– and I love it!  It stirs things inside of me that I can’t really explain.  Think about it, if Clark Gable hadn’t carried Vivien Leigh up that grand staircase, during a drunken rage one night, Gone With The Wind would probably not be the classic that it is today.

My slogan for my novels is:  Where Tall, Dark, and Handsome Meets High Drama.  When you combine these two things, you get an electrifying read.

How does your writing process work?  –  As I begin each novel, I make an outline of the major incidents that are going to occur.  This is rather easy for me, because I’ve already daydreamed my characters doing these very things.  Watching my book unfold in my mind allows me the ability to make bold decisions where they are concerned.  By doing this, I see the hurt in their faces, the subtle movements of their hands, and hear the inflections in their tone of voice.  It’s like making a movie and then putting it down on paper, scene by scene.

The hard part for me is writing the scene the way I see and hear it using only words.  There have been times I’ve stayed up until two in the morning feverishly pounding away on my keyboard and have fallen into bed with a sense of pride regarding the chapter I just wrote.  In the harsh light of day however, I re-read it and think it sucks.  I am my own worst enemy when it comes to critiquing what I’ve written, so much so, that at times, I think it hinders me from moving on.  If there is a scene that just isn’t working, I’ll ponder it every waking moment I get until I like it.  In the past there have been instances where I will wake up from dreaming (or from having a hot-flash) and immediately start thinking about the scene or paragraph I’m stuck on.

Once I am satisfied with my draft, I will edit it chapter by chapter, reading the last chapter first, and then the first chapter, and go back and forth until the pages meet in the middle.  Then when I am happy with every breath the characters draw, every subtle movement they make, and every word they speak, I put my name on it.

It is my pleasure to introduce you to 3 other blog hoppers, so hop on over to their sites and see what they are up to.  Each one of these talented authors will be telling you about their writing practices next week on Monday March 31st.

D. Bryant Simmons was born and raised in Chicago, Illinois. She has earned a B.A. in Sociology and M.Ed. in Elementary Education. She is an author, mother, entrepreneur, and advocate for female empowerment.  Her books include, How To Knock A Bravebird From Her Perch, and The Boy Scout. 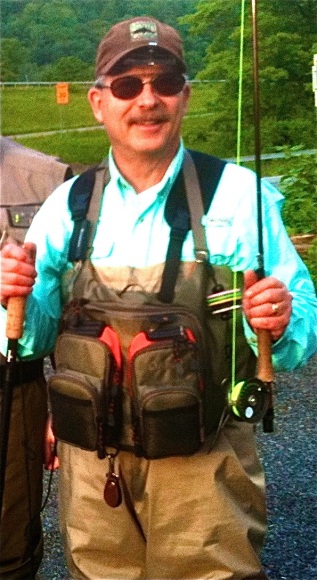 Joe Perrone Jr is an author whose diverse background includes a stint as a sportswriter with a prominent New Jersey newspaper, the Herald-News, and several years spent freelancing as an advertising copywriter.  He has had numerous short stories published in the Mid-Atlantic Fly Fishing Guide.  In addition to his writing, Joe spent ten years as a professional fishing guide on the historic Beaverkill River in New York’s Catskill Mountains.  Nearby Roscoe – “Trout Town USA” – serves as the setting for Joe’s last three Matt Davis mysteries, Opening Day (a 2012 BRAG medallion winner), Twice Bitten, and Broken Promises (a 2014 BRAG medallion recipient).  Roscoe is a place to which Joe returns as often as possible to fish his favorite waters and visit with long-time friends.  The first book in the Matt Davis Mystery Series was As the Twig is Bent, which reached #24 best seller in the Kindle book store when initially published.  Joe also authored one other novel, Escaping Innocence: A Story of Awakening, which is a coming-of-age tale set in the ’60s. His non-fiction work includes Gone Fishin’ with Kids (How to Take Your Kid Fishing and Still be Friends) and A “Real” Man’s Guide to Divorce (First, you bend over and . . . ).

When not writing, Joe can be found fly fishing the many quality trout streams found throughout the surrounding area of North Carolina.  He also enjoys fly tying, cooking (and eating), reading on his Kindle, listening to music (anything but rap, hip hop, or hard rock), car trips with his wife, Becky, and watching films.  He and his wife live in the mountains of western North Carolina, with their two calico cats, Cassie and Callie.

You can stop by and chat with Joe here:

Author, B. J. Robinson, is an award-winning, multi-published, Amazon best-selling author with four traditionally published novels as well as independently published short stories, novellas and novels. Her latest novel, River Oaks Plantation, was showcased in Southern Writers Magazine as a Must Read. Romance under the Oaks, her new historical romance releases the end of March.

She writes from Florida with a golden cocker spaniel named Sunflower, golden retriever named Honi, and a shelter cat named Frankie for company, blessed with a husband, children, and grandchildren. Jesus is her best friend. She’s an avid reader and passionate writer.

Visit her on facebook, or her amazon author page, or her blog.